Please fill out this form to contact the doctor. 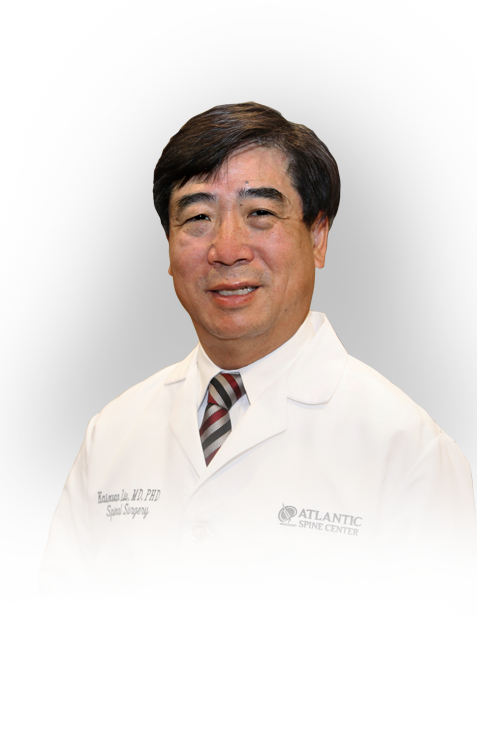 Dr. Liu is a leader in endoscopic spinal surgery, which has bridged the gap between interventional pain management and traditional spinal surgery. He has substantial experience in this rapidly developing field, specializing in treatments for disc herniations, spinal stenosi, spondylolisthesis, failed neck or back surgeries and many other diseases and conditions in the cervical, thoracic, and lumbar spine. His reputation has attracted patients from all over the United States and the world.

Dr. Liu is certified by American Board of Pain Medicine. After fellowship training in Minimally Invasive Spine Surgery at the Advanced Orthopedic of South Florida, Dr. Liu founded Atlantic Spinal Care, LLC, in Edison, New Jersey. His devotion to high-quality patient care and deep involvement in technology advancement has propelled Atlantic Spinal Care to the list of top centers for endoscopic laser spinal surgery in the America. Dr. Liu also cofounded the Advanced Spine Surgery Center, LLC, in New Jersey, which he strives to turn into a world-class innovative spinal surgery center.

Dr. Liu graduated from Hubei Medical College in China in 1985. He received four years of resident training in Cardiothoracic Surgery in Beijing Medical University, the most prestigious medical school in China. He was awarded a Master of Surgery degree in 1989 from Beijing Medical University. He received an additional year of postgraduate training in thoracic surgery at the China-Japan Friendship hospital in Beijing. In 1990, Dr. Liu immigrated to the United States as a physician scientist to develop innovative therapies for human lung cancer at the University of Medicine and Dentistry of New Jersey (UMDNJ). He completed his master's and doctoral study focusing on breast cancer research and gene therapy in Auburn University, Alabama. After earning a PhD degree in Molecular Medicine from Auburn University, Dr. Liu developed a strong interest in pain medicine. He completed one year of clinical training in surgery and three years of training in anesthesia at New York's Columbia University College of Physicians and Surgeons.

As a renowned physician scientist, Dr. Liu is frequently invited to speak at national and international conferences. In 1990, International Union Against Cancer, headquartered in Switzerland, bestowed an award to Dr. Liu in recognizing his outstanding medical research.

Dr. Liu is a father of three sons. He enjoys world history, culture, and politics. He is a fan of the NBA. Honesty and integrity are the essential values of his and his family's.